Dear Friends,
iScultpture Gallery is pleased to announce to our collectors the new season opening of our two venues.
Starting from March 23th, You will find a selection of works from all over Italy, new young and promising sculptors: Gennaro Barci, Giuseppe Inglese, Elda Longo, Rabarama…
A special thanks to all of you for supporting us,
We will be glad to welcome You!
Enjoy Your Life and see You soon
Patrick and Francesca
iSculpture Gallery – San Gimignano

Welcome to our new Sculptors!

We are glad to welcome the works of four talented and promising artists: Nazareno Biondo, Giorgio Di Palma, Nicola Evangelisti and Sergio Rubini.

Nazareno Biondo (Torino, 1985) He will amaze you with a new sculptural approach, where marble becomes the material of your everyday life’s objects.

Giorgio Di Palma (Grottaglie, 1981) Through a special time machine called ceramics he enjoys tranforming the useless in eternal and consecrating the moment.

Nicola Evangelisti (Bologna, 1972) The artist will introduce you to a new lighting and visual experience, illuminating new sculptural horizons.

Sergio Rubini (Canosa di Puglia, 1979) He will bring you back to the classic ages throughout a contemporary point of view, where bronze predominates.

Some days ago we were in Milano to attend the Salone del Mobile, thanks to the Furniture firm “Isacco Agostoni“.

Having made its first appearance in 1961, Salone del Mobile is the global benchmark for the home furnishing sector that is designed to promote Italian furniture and furnishing accessories on the export market.

The Catalogue with iSculpture Gallery at Salone del Mobile 2015 is available – Browse it online! 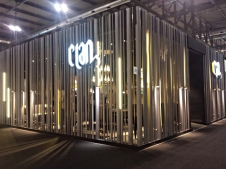 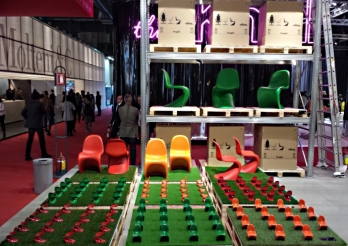 iScultpture Gallery is pleased to announce to its collectors the new season opening of our two venues. Starting from April 1st, You will find a selection of works from all over Italy, new, young and improving sculptors and international projects and collaborations. A special thanks to all of you for supporting us,
We will be glad to welcome You!
Enjoy Your Life and see You soon
Patrick and Francesca
iSculpture Gallery
San Gimignano & Casole d’Elsa

Some days ago we were in Bologna for the Arts Week and took some pills of the contemporary art scene: Art Fair, exhibition “DiversaMente” with Simona Ragazzi and SetUp Art Fair… 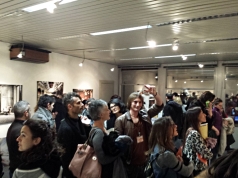 A morning in Pistoia…

Some days ago we were in Pistoia (Tuscany), visiting The Salvadori Arte foundry. They makes bronze sculptures for the most important Italian and foreign artists as Barni, Mitoraj, Botero. We was there thanks to Giovanni Balderi‘s new works!

Salvadori Arte casts works in bronze using the “cire perdue” or lost wax method, the same technique used through the ages first by the Egyptians, then by the Greeks, Etruscan and Roman. This technique consists in covering with wax, that will be later modelled a refractory clay support; then another clay layer is put on the wax so that is encased between two masses of clay. By heating this clay container to a high heat, the wax melts and drips ut through some purposely made holes. The liquid alloy is then poured into the thin space left by the wax, usually just a few millimetres, then the allow cools and hardens the bronze cast has been accomplished. At last, through oxidation and thermal treatment, the bronze receives the patina. 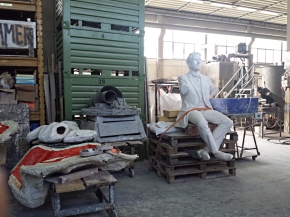 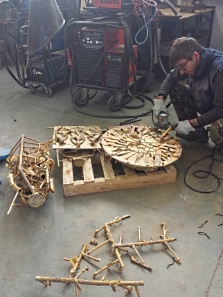 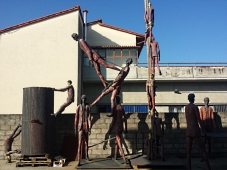 A Dialogue on the Diasporic Dream